I know this might seem strange for some but for others not so.  Anyways with some fairly old games from the early 2000's when a game is run in fullscreen it runs in a horrible compatibility window that cuts off parts of the screen.  Well most of the games in the Saito Games collection have this issue.  I have spoke to the developer closely but he doesn't have Windows 8 x64 so he is unsure of the issue.  That is fine I went my own route to solve this issue cause as gamer's we shouldn't be forced to play games in a stupid window.

Example 1:  See how the game has a window around it 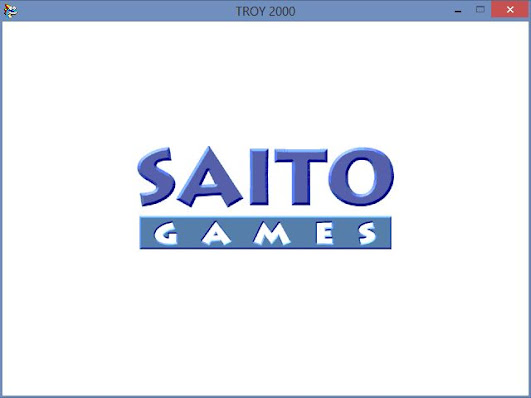 Example 2: See with my fix how it completely removes that annoying window 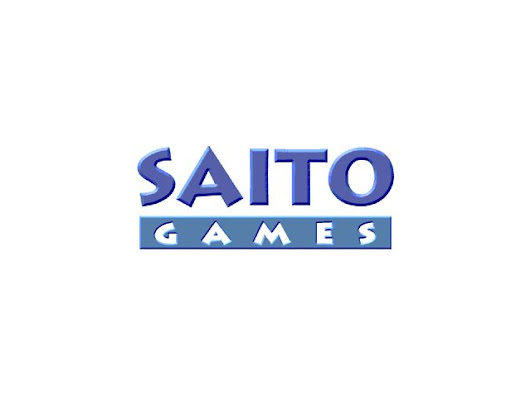 Alright so in order for us to play the game in fullscreen without the window as seen in example 2 you'll need to get Microsoft Application Compatibility Toolkit from:  http://www.microsoft.com/en-us/download/details.aspx?id=39982

After downloading that software install it and select only Application Compatiblity and remove everything else.  That is all you'll need to get this working and of course selecting other things will take longer to install depending on your internet connection.

After installing open Administrator Compatibility (x32) that is right the (x64) version will not work for this game so do not select it. 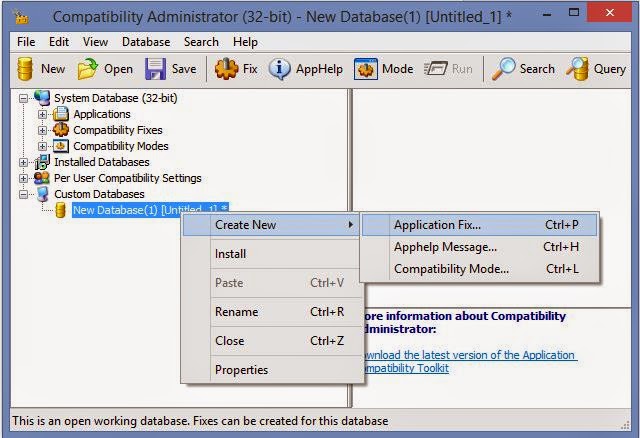 Step 2: Next your going to want to name the program/game you are fixing you can ignore the Vendor name if you want if not just type in Saito Games and then browse for the game you are going to fix. 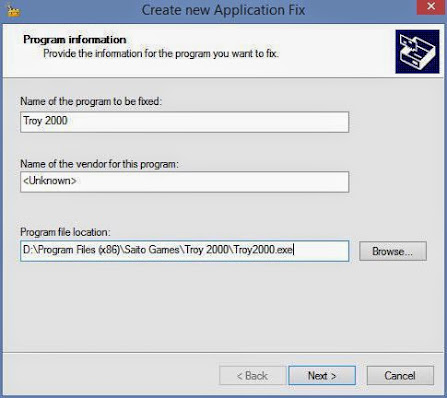 Step 3: Ignore the first window for Compatibility Modes and just click next cause what we need is Compatibility Fixes and all your going to need to select is *Force Display Mode 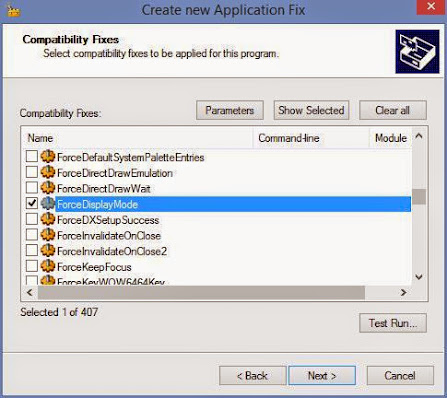 Step 4: Just click *Auto Generate then next and your on to the next step 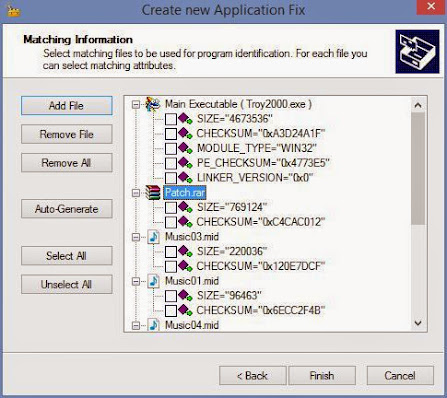 Step 5: After clicking finish now your going to want to *Save compatibility database so name it whatever you want then you can save the file to anywhere you want.  Just remember that its always best to save to the game folder so you can always go back and edit what you.  After that is completed go to *File and select *Install. 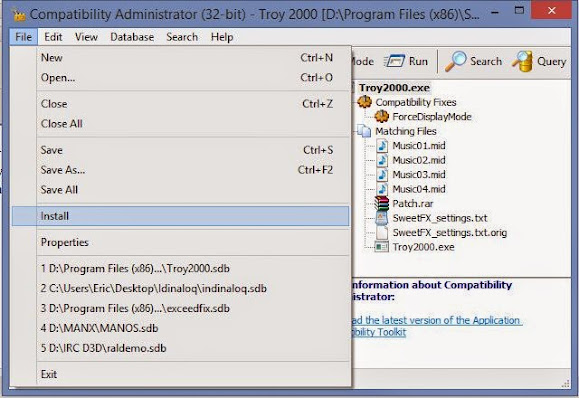 Once installed you should be able to play Troy 2000 in Fullscreen without a window around it.  This will work for other games in the Saito Games collection.  For games like Mage Bros. and Hopmon you'll have to select the following fixes to improve performance. 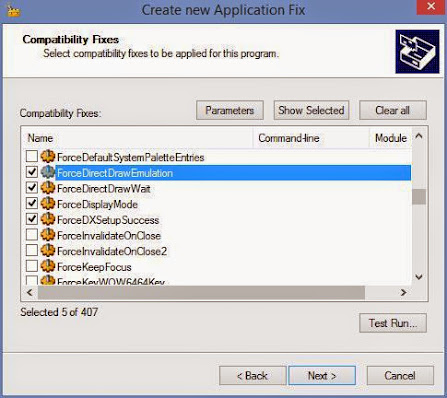 Both Hopmon and Mage Bros. are best played in 640x480 resolution also to get more of a performance boost while playing the game click the *Windows Key.  That will then send you either to your Metro screen or your desktop but the game will still be opened.  Click on the icon for Mage Bros. or Hopmon and your game will then be playable at 25fps up instead of 15fps.

So if you followed the steps correctly you should now be able to play your favorite Saito Games without any issues.