Bundle Stars and PC Gamer teamed up together and were releasing free games part of the "Build Your Free Steam Bundle".  Part of the bundle and the last game in the bundle to get released was Race 07 with GTR Evolution (DLC).  Its a pretty good collection and great to see available for free.  Race 07 though has more DLC which of course you'll want to take advantage of at some point to get more tracks and more cars to race with.  But that doesn't mean you can't get more tracks and cars by not getting the DLC cause the game also supports mods.

I searched the web looking for mods and came across a forum with a person who mentioned "http://www.weissbierbude.de/".  That of course is the website your going to want to go to get mods cause they offer an "auto updater" which auto installs mod tracks and cars.  Yes the website of course is from Germany but there is a translator so you can read it in English.  The software also is in both languages and is pretty easy to use.


The first thing your going to want to do is of course register to the site.  The reason for this of course is that the auto updater requires you to login each time to access the servers to get the mods.  The other reason is that sometimes the auto updater will ask you for a Game Ticket.  At first I had no clue what that was and it did take some searching but lucky I am here to help you with that.  To get a Game Ticket you'll have to log into the website and at the bottom left corner of the screen there will be the Game Ticket with four numbers. Put those numbers in the auto updater and the program will then start searching for cars and tracks you need. 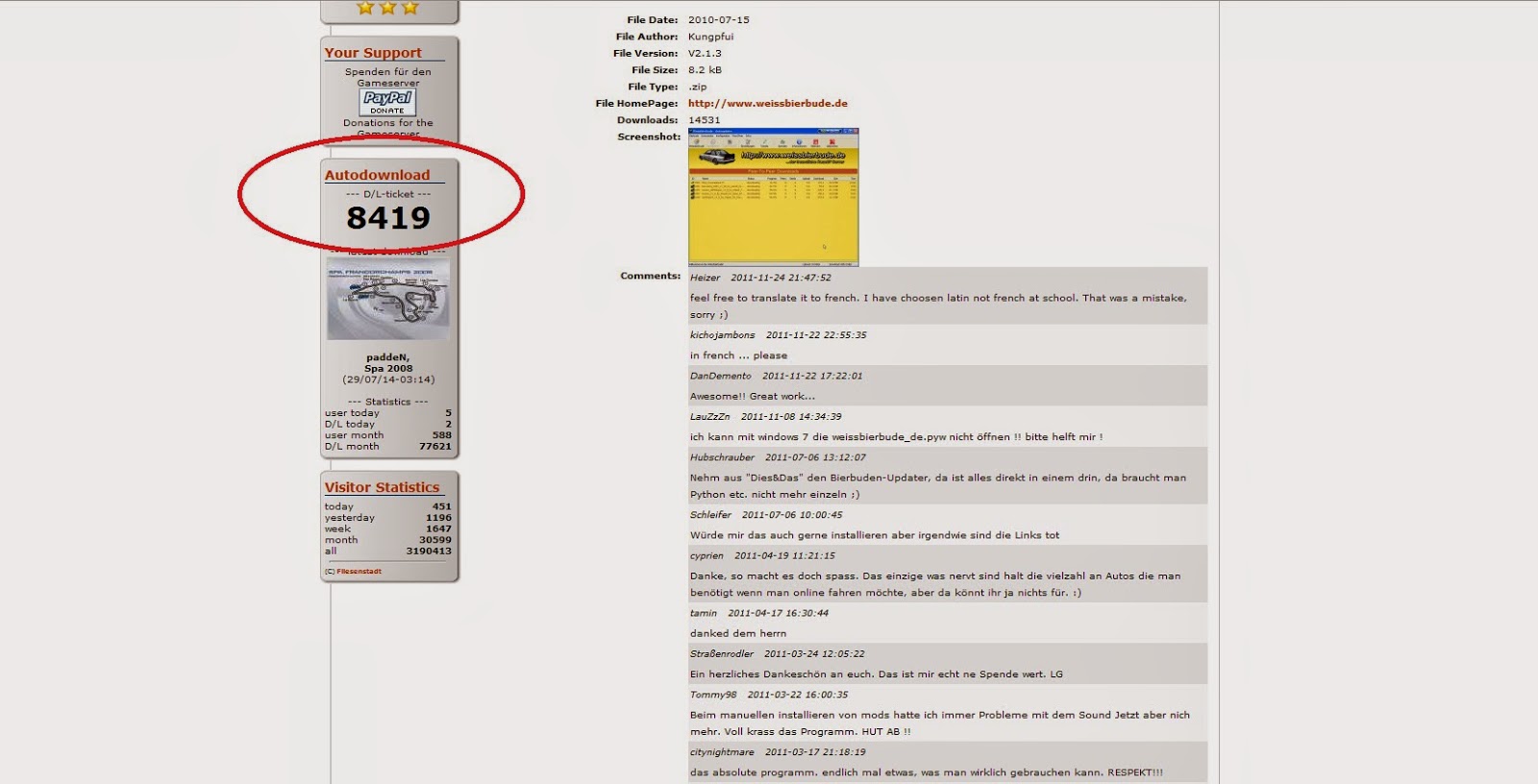 Once in game the tracks can be selected from the *add-ons tab at the top of the selection menu for selecting a level.  Your cars will be selectable depending on what car package you selected to use for your race and will have beer glasses beside them to notify you they are mods.  You can use the mods in any of the DLC expansion packs.

*Do take note that when running the game it may take awhile to load cause of how many mods it has to load.

Game and DLC are available at: http://store.steampowered.com/app/8600/ 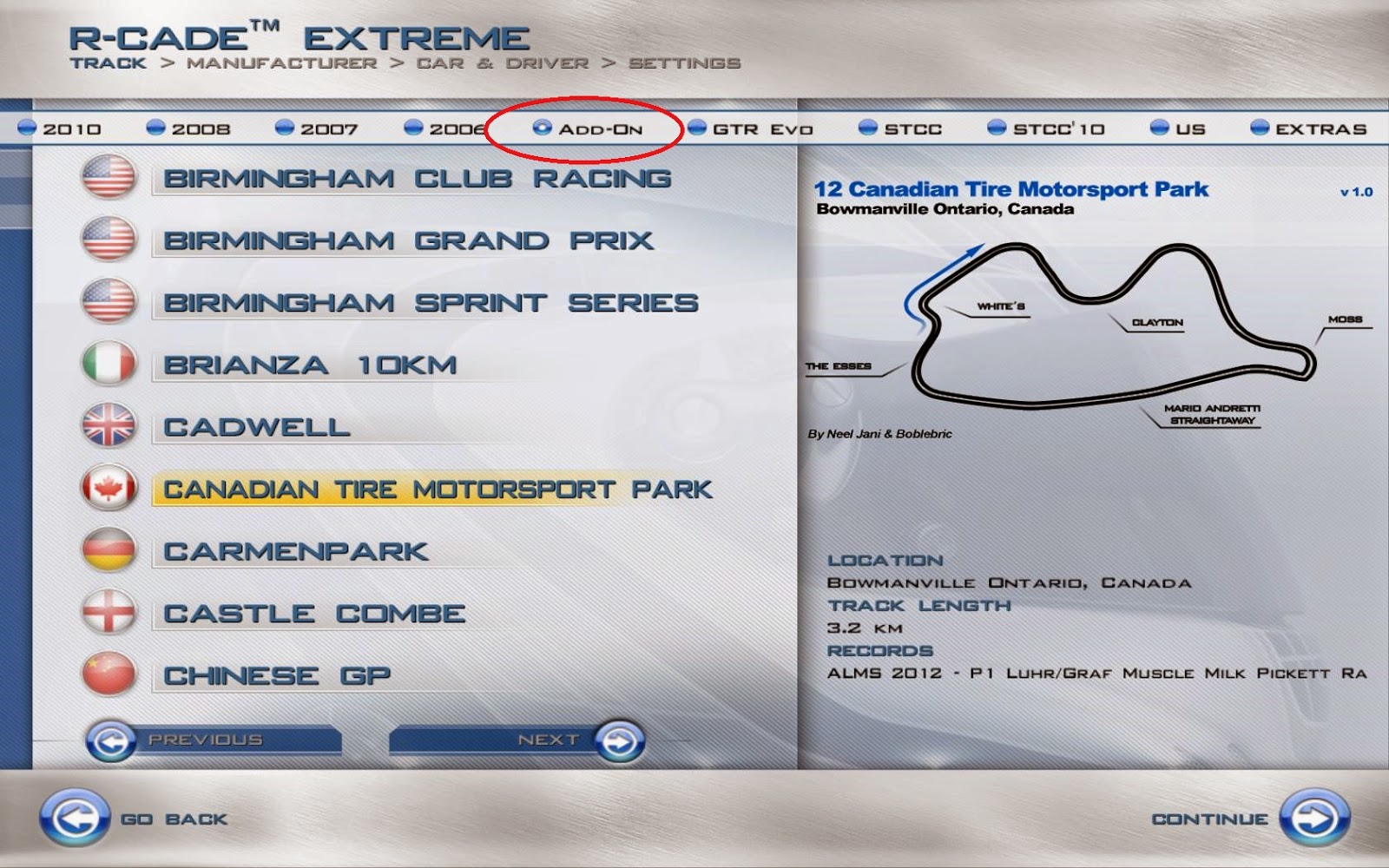 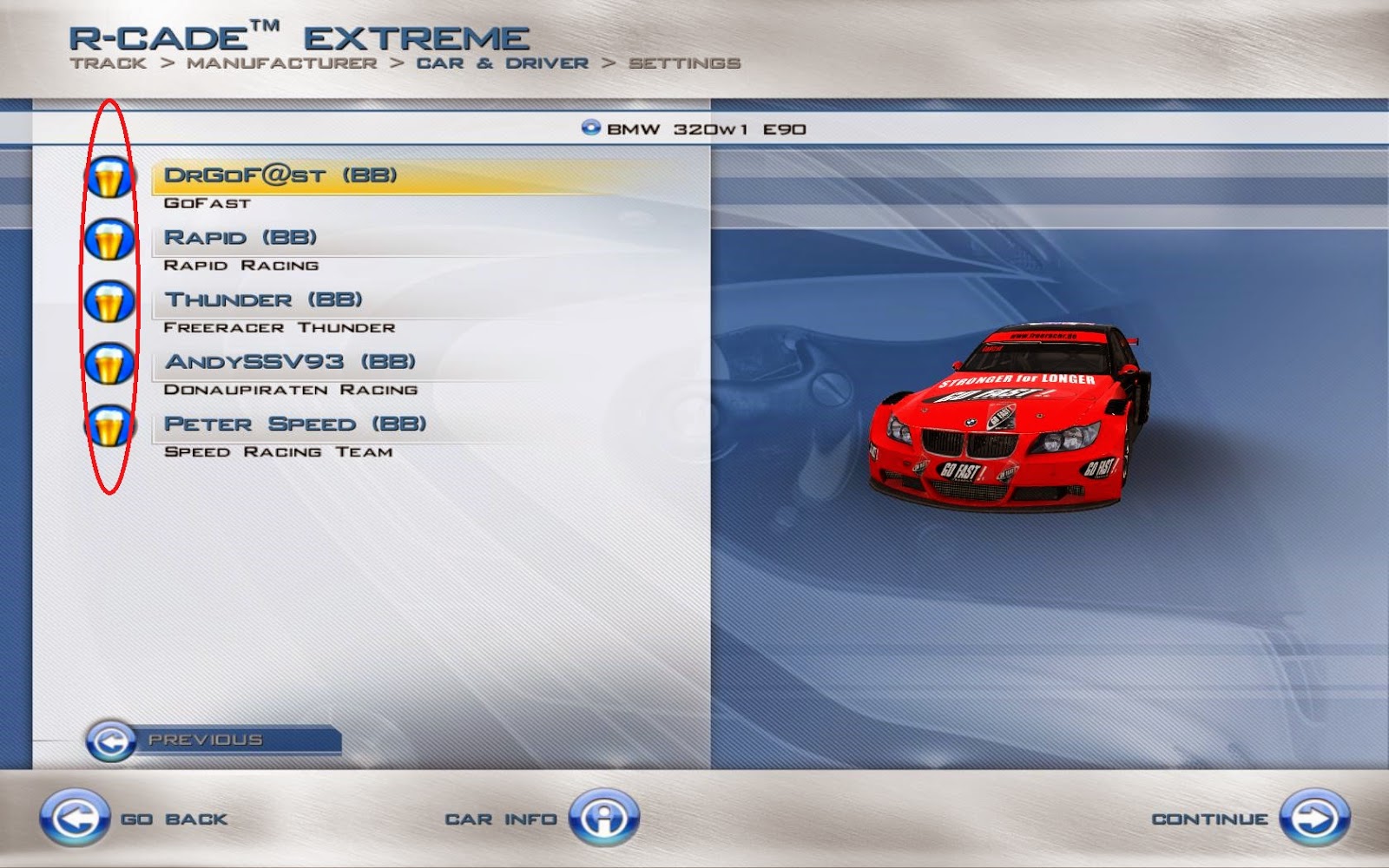