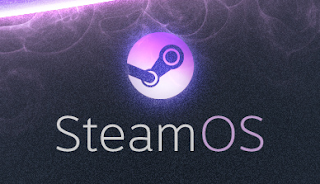 A new Linux based OS is coming straight from Valve headquarters called Steam OS which will of course be used to play Steam games.  Being Linux based I presume that the only games compatible with it out of the box would be Linux compatible games.  Gabe had shown his hatred towards Microsoft with its release of Windows 8.  Gabe then fired back with a Steam client which could be used on compatible Linux Distro's like Ubuntu.

I'm not sure how many people have been on the Linux bandwagon with Steam but is Linux the future I guess we'll have to wait and see.  There isn't many features that fly at the moment other then In Home Streaming and Game Sharing.  Game Sharing of course will allow you to share your account with other members in your family or friends you can trust.  While this is enabled your friends can play your games in which you can't for the time being.

Game sharing was actually to be something Microsoft wanted for the Xbox One but since has been removed do to its DRM policies.  Another feature states you'll be able to listen to music and watch tv and movies I'm not quite sure how this will work but being an OS it might be an open desktop environment.

At the moment there isn't much information other then some basics of what the OS will do but if you keep your eyes on http://store.steampowered.com/livingroom/SteamOS/ you'll be notified with more information as it progresses.
Posted by DCeric at 1:18:00 PM