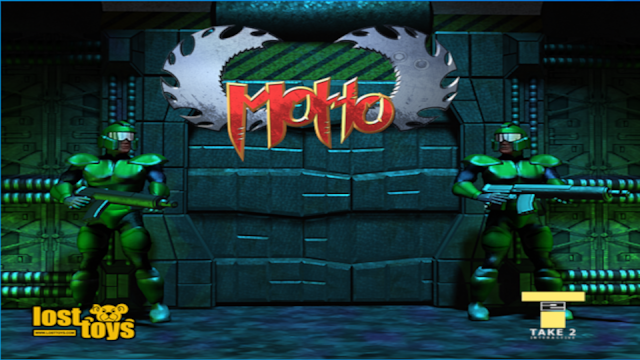 Well I've wanted this game forever.  I do own the PSone version which was the only one released here in North America as "Ball Breakers".  Apparently the PSone version didn't fare to well with the audience.  I hadn't played that version but I know that the graphics would be low res do to the PSone being a 32bit system.  The game did get released for Dreamcast and PC as MoHo and were only released in PAL (Europe) regions.  There was going to be a release in North America for Dreamcast once again as Ball Breakers but it got cancelled.

The Dreamcast version had better textures and looked great it supported 480p as to the PSone version being 240i.  The PC version on the other hand can support higher resolutions and I have tried 1920x1080p with success.  The only issue here is that the game runs at 16bit instead of 32bit but don't let that be misleading as the game still looks fantastic.

In this game you're a robot of sorts thrown into arena's where you must complete different tasks to beat the arena.  The very first one has you collecting these gold statues and once collected you beat that arena.  The next arena has you battling through AI controlled competitors to get to a finishing line and you must get there before they beat you to death.  Anyways now you know that this a game all about competition.

As you can tell this game is great including when you can play against a friend for local play.  But this game does come without a hitch and that means a glitch... oh I rhymed.  Anyways yeah this game has trouble running but it doesn't mean its not playable it just means it takes time to get this game to load.  By this I mean you must do many different things to get this game up and running.

So I recommend getting the Borderless Gaming tool from: https://westechsolutions.net/sites/WindowedBorderlessGaming/

Now lets put the CD-Rom for MoHo in the DVD Drive and run setup.  Of course running install from the Autoload software may not run.  Well this is an easy fix just open the PC explorer go to the MoHO disk drive and click setup.  From here I would either recommend installing on the default C: as C:\MoHo and you might have a better chance of this game running.

I have it installed in the Program Files (x86) which I do not recommend considering how old this game is.  Yes it worked for me but it could lead to more glitches. 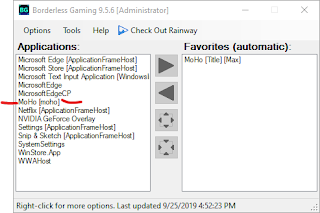 As you can see on the right side MoHo is under favorites where you should add it so the game runs indefinitely fullscreen without issues... well don't forget there is glitches still.  Anyways on the left side where MoHo is just right click it and add to favorites.  Now the game is in your favorites and from here we'll add some fixes to get this game running in fullscreen this also includes the FMV videos that could possibly have issues.

So here were going to right click on MoHo under favorites and click on everything that you see check marked in the image below.  The *Always On Top feature may not have to be selected but I thought that if anything interferes the game may not load. 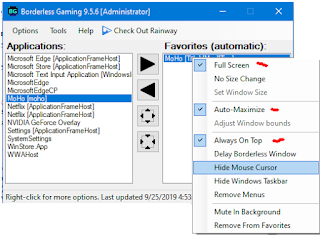 Okay well now we have completed the fix for this game... well somewhat glitchy fix.  So the problem for this game now is that for some reason the game may crash or not load properly.  So a few things I recommend is to go to video setup with in the games menu settings before the game launches and select the resolution you want then press okay.  I'd recommend doing this each and every time you plan on running the game.

Do not run overlays or you just might not get the game to launch past the FMV videos.  If you plan on video capturing I'd recommend doing it while playing the level at start and end of the level.  This game has issues with resolutions do to age.  The menu runs at 480p while game itself runs at the resolution selected which may cause an issue with capturing and leading to the game crashing and possibly causing video encoding issues.

You may have better chances using a No CD patch but I don't know if that is recommended either.

If at all none of these solutions fix the crashes you can restart both Borderless Gaming and MoHo and if it still crashes try restarting the computer.  If you're still having issues try changing the resolution to a lower resolution and then going back to 1080p or higher after.

As far as I know this game may crash at anytime.  It sucks however the game does save but if it crashes after a certain level you may have to do it again :/.

Well here is some screens of the gaming running to show that it does run even though its a buggy mess. 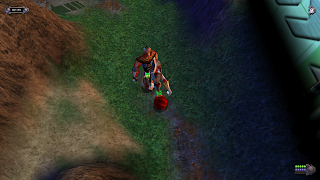 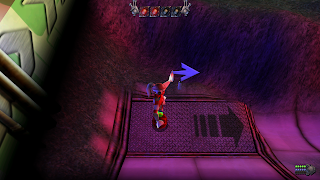