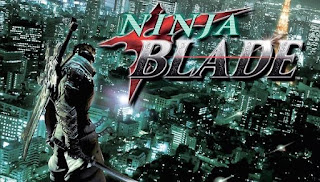 Not that I would totally recommend playing this cause its a broken mess however there is one issue that a few people have had while playing this on Windows 8 and higher.  As far as I know there has been no solution to this issue until I just found out today clumsily by pressing 3 buttons I usually don't press unless a game is totally locked up.

Okay so some of you or maybe most of you have had that black screen issue while playing this.  I would pretty much just alt-tab out of the game and close it and probably never start up again if I couldn't fix the situation.  Well instead of that I pressed ctrl+shift+esc which usually in combination opens taskmanager. Well it did but for some strange reason the game starts and the FMV plays.  However all you really need to do is press the "esc" button and the video starts.  If it pauses alt+tab out and click back in and press "esc" again and it will play.

I did notice however you miss the very beginning intro.  I've tried other fixes as well which includes using Riva Tuner to cap the Framerate to 60fps.  You can disable vertical sync and 30fps max.  That may work I just found out after doing this and disabling Riva Tuner the game actually didn't depend on the framerate cap after and the very beginning intro actually starts... Odd but give each method a try until it works for you.

Now you'll probably notice the game has a horrible issue with stuttering which as far as I know can't be fixed.  This is the reason why I'd say pass on this game and if the console version has no issue play that instead.  But if you really want to enjoy this game with steady framerate and less stuttering play at 30fps even cap it with Rivatuner if the FMV problem hasn't been fixed yet.  However if you can put up with this messy game have fun.

When you first start the game you might have an issue alt-tab out close the game and start it up again.  Also you want other fixes please visit https://pcgamingwiki.com/wiki/Ninja_Blade.