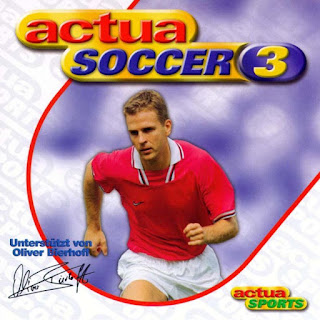 Well I purchased this game sometime ago and couldn't get it to work on my system cause it wasn't compatible with Windows 7 and up.  Well the game may of worked out of the box for x86 systems but it wouldn't with x64.  The funny part of that is the game was released on Steam when x64 systems were approved more dominant.  So why would they release it?  Well i'm not hear to answer that question and you can't get the game on Steam anymore anyways but I'm here to give you a fix that will get the game running on x64 systems.

Now of course there is a fix some where on the web unfortunately this doesn't solve a big problem with the game and that is the audio issue.  For some reason the game doesn't have any audio.  Well we will fix that but first we want to get the game running.

Just remember even using these fixes you'll have to ignore the following error and just click retry or use the keyboard click left and press enter.  It doesn't matter either way the game will load. 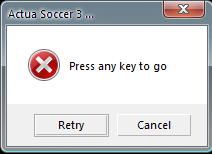 So first step download dgvoodoo2 from http://dege.freeweb.hu/dgVoodoo2/dgVoodoo2.html you could use nGlide if you wish it may or may not look better. If you also want to use 3Dfx just download nGlide from the following link: http://www.zeus-software.com/downloads/nglide and follow the setup its pretty simple.

If you also want to use 3Dfx just download nGlide from the following link: http://www.zeus-software.com/downloads/nglide and follow the setup its pretty simple.

After you have dgvoodoo2 installed it should look like this: 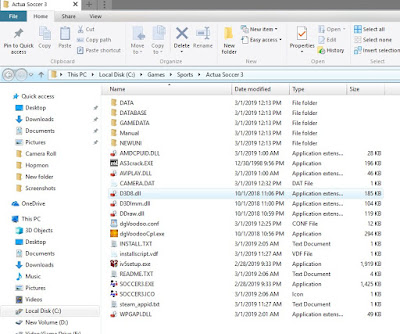 Next up check mark the following as seen in the screenshots and ignore Glide cause if you have nGlide installed it won't need to be used and you're using the DirectX files from dgvoodoo2 anyways. 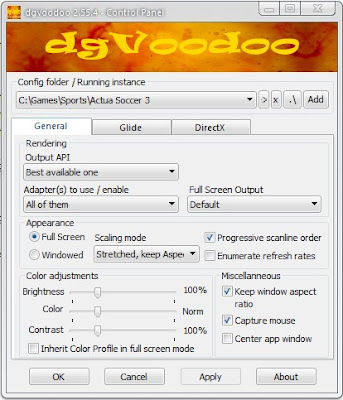 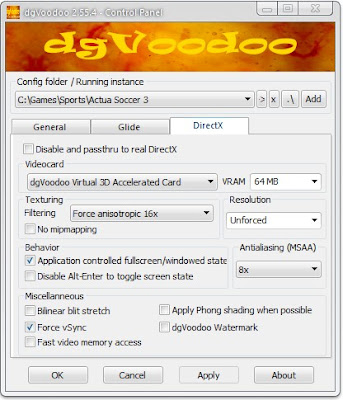 Now once we have that setup load the game and see if it works.  It should load without any issues.  Next were going to want to setup the graphics to make the game look beautiful.  This part here you can either select 3Dfx or DirectX.  Lets go to screen properties in seen in the screenshots below you select any resolution you want.  If you're using DirectX make sure to select anything under D3D 1 and if you're using 3DFX Glide then select that.  For DirectX you'll be able to select 1920x1080p from the menu.  For 3DFX you can force your resolution with nGlide as seen in the 3rd screenshot below and the game will force to 1920x1080 even if you selected 3DFX GLIDE 1024x768 or other resolutions. 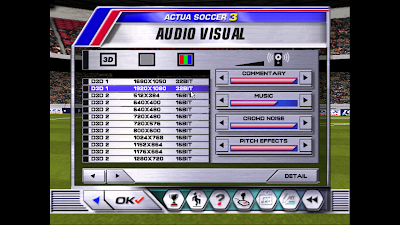 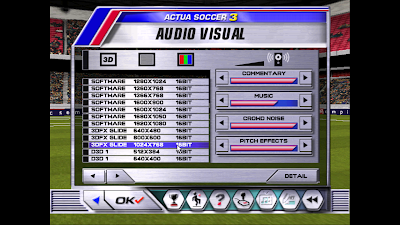 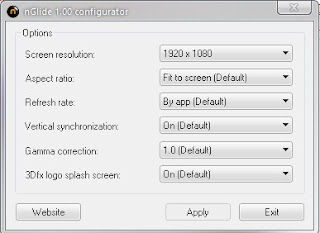 Now that you have set that up you pretty much have the game running and you can next up go straight to the game.... oh wait there is one more problem and that is the audio which I explained at the beginning.  Yes next up were going to fix up your audio.  For some reason the game automatically selects a different sound device and you don't hear it through the default sound device.  So we'll have to disable all sound devices except the one you want to use for the game.  Just right click on every device you want to disable and click disable.  So you'll see what I mean in the screenshot below however mine may look different then your setup. 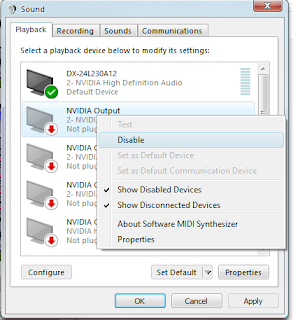 If its to hard for you to understand right click on the device you want to use and click test.  If you hear the sound that isn't the device to disable.   Again make sure all the devices but the main sound device is set to disable.

Alright well now we want to load the game no more setups lets get straight to it.  Now that you get to the game you can enjoy the beautiful graphics and of course the sound.  The game may not have the video but that is fine the game will load and play fine the video isn't needed for the game I believe its just an intro anyways.