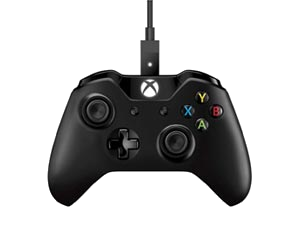 I'm not an owner of an Xbox One controller I'm still using the old Xbox 360 controller but hey they work fine... Anyways I have a friend who owns the Xbox One controller and he had issues using with the Batman Arkham series games.  Now it took a bit for him to figure out as well as others cause there is literally no information over the internet sharing how to solve the problem.   I took my time and figured it out and all it needs is an update.  Of course when you first install the controller to a computer with Windows it will automatically install a driver.

When this happens we usually think a device would work out of the box and being a controller it should.  However there is driver updates for a reason and usually that is to add support for more games.  Now of course this has fixed compatibility for the Batman Arkham series but it should work for other games that have the same issues.  All you need to do is to download the Xbox Accessories app on Windows 10.  Now all you need to do is open the software and update the driver.  It may do it automatically though I'm not 100% sure cause I don't have the software but it should be straight forward.

With Windows 7 through 8 you'll need to search for the driver in Device Manager by right clicking on the Xbox One Controller and selecting update driver software.  Once this is complete you should now be able to play the Batman Arkham series as well as other games that had issues using the Xbox One Controller.