Android x86 on my Laptop 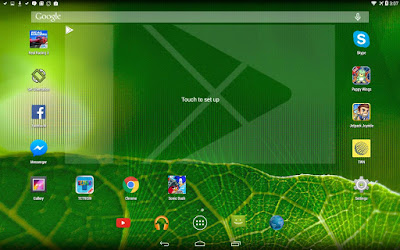 So for the longest time I have been waiting to take advantage of another OS one that of course has been made available thanks to the Open Source community brought to you by Chih-Wei Huang and his amazing team of engineers.  Of course the operating system does come with a lot of bugs and that is to be expected considering the OS is still in its early stages and is being ported from Android Tablets and Android Mobile Phones.

Of course the main issue here is that the operating system is being installed on a different architectural product that runs completely different then your average Android product. Some of the problems are that newer games have graphics that don't function properly cause perhaps that part hasn't been implemented yet or may work on different laptops.  This of course has happened with games like Beach Buggy Blitz where most of the textures were blacked out which of course made the game unplayable. 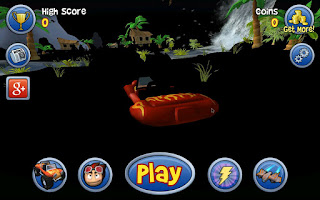 Of course you'll find other games look like they will work cause everything is intact except of course the mouse and keyboard controls which then make the games completely unplayable because they don't work at all.  Games like Temple Run 1 & 2, Paper Monsters, Sonic Dash and a few other select games have this issue.  Its quite sad cause everything is there and the games look like they would run at a decent framerate.  This I believe has been an issue with every release of the Android x86 system so far.  But hopefully with future progress of that issue will be fixed. 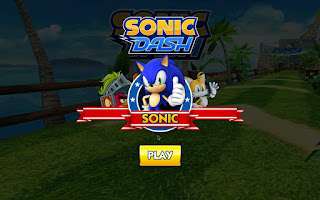 So as far as gaming goes there is still a few things that need work but progress is looking good for future use when demand for an easy on the go OS like Android will become more useful for people to use on their laptops or computers.  As far as the system goes it runs pretty good pretty much all apps that have come with the OS out of the box.  Sometimes an app may crash or the operating system itself will crash but this doesn't happen all the time.  Crashes seemed to happen for me when I tried to change the volume during game play and that would either crash the game or the system itself.

But needless to say that is pretty much the only time that had happened.  But again some apps aren't compatible with the OS and may crash.  Sometimes even though all graphics are in place there is artifacts now I'm not sure if this is related to over heating but something tells me its just an issue with the OS compatibility at this point of time.  I currently I don't have a screenshot of a game to show you this problem and can't remember any of the games that had the problem but this has happened to about 3 games I downloaded.

So as far as other hardware complaints the webcam seems to work but its upside down so that doesn't really make it good for a Skype conversation.

(a picture of myself with my awesome upside down webcam) 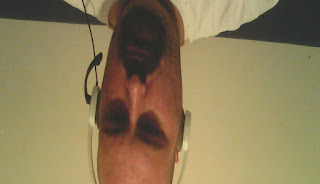 The mic works very horrible and I'm not sure if its cause the mic that is part of the machine is bad or its just badly implemented in the OS itself.  I did come across a small issue today where when I used the Chrome web browser flash crashed the web browser during flash game play.  I hadn't tested Youtube within the web browser to see if Flash is the full out issue or it was just the gameplay.  As for things like Facebook, Twitter etc. it works fine.

While some of the most advanced features may not be fully implemented for a web browsing experience you can get apps from Google Play that will solve that problem.  Apps for Facebook, Messaging services, Youtube etc. will solve the problem none the less.

There is of course one other issue and of course anybody that knows Android well enough some apps require being used vertically.  By that I mean the display for the game or app will be displayed vertical and the only way you can play is have your head tilted.  But of course there is some apps though available on Google Play that solve the issue for some games and apps while other games and apps it still doesn't fully solve the problem. 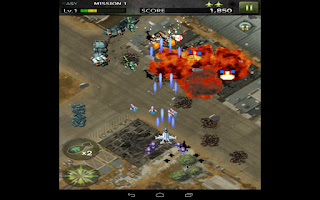 One of the games I believe it worked for was one of the Striker 1945 games.  The reason why I believe it worked for that game is when you play the game in fullscreen it only takes advantage of the 4:3 layout of the screen.  Where that basically tells me the game when run in vertical view takes advantage of the fullscreen.  Now where games aren't completely compatible with the screen orientation they either ignore the option and go into vertical anyway's or gets so squished in widescreen you can't use any of the options to play the game.

Well with that being said that operating system I still think is great for people who need something small and want to have a little bit of their own "ME" time.  I'm simply amazed and enjoy the operating system even though there is the bugs I had mentioned.  Its still a pretty stable OS and should get better for future use.  If of course your not as advanced as me for installing an operating system you can download Bluestacks which is a Android emulator and will allow you to play tons of apps and games with little to no problems unlike the Android x86 OS.  But of course to enjoy Bluestacks fully you have to pay some money where Android x86 is completely free and for future usage should remain free for its lifetime.

Now I will leave you with a few games that I had got working.  This of course isn't a full list there is tons of other awesome games but I don't have screenshots for them.  Anyway's for the games that do work they include Jetpack Joyride and Tom Hall's Cooking Dash 2016.  I will only say that Jetpack Joyride had one issue and that is when Google Play sign-in features get prompted it slows things down but that only happens at the beginning of the game so for the rest of the game it totally works out like it does on any Android product.  Cooking Dash 2016 I had no issue at all it plays flawlessly.

For those of you who want to give the operating system a spin and test it out on your laptop give it a go but hey don't blame me if it messes up your system read the documents and get some information which also located at the following site: