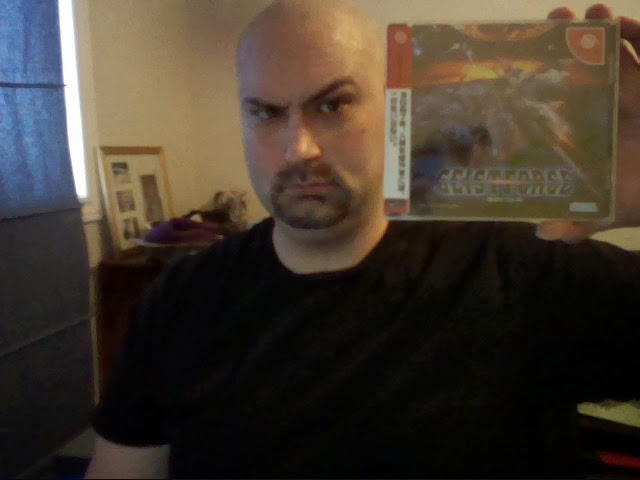 Well I really didn't know how to give a proper title to this post but as given here is me holding a reproduction disk of Geist Force for the Sega Dreamcast.  This of course was released by the fabulous dudes over at www.assemblergames.com.  It had a limited release and even though its a reproduction disk I wanted a piece of Dreamcast history.

Geist Force if you didn't know already was to be released at launch with the Sega Dreamcast.  But for uncertain circumstances the game never got released.  So in later years Assembler Games got a hold of a Sega Katana (Dreamcast Dev Kit) and on this dev kit it contained a very alpha release of Geist Force.  It of course only contained two playable levels which got shown at a E3 sometime in the later 90's.  It does contain other levels but they are completely broken.

This disk of course did come with warnings from Assembler Games saying that the disk may break your Dreamcast system so use with warning.  There is of course torrents lying around the interwebs for this game and one that has a fix that makes the game playable on the Dreamcast.

I have of course done a beautiful video on this reproduction which you can see below and of course I definitely recommend it cause it gives my take on why Sega decided to not release the game.