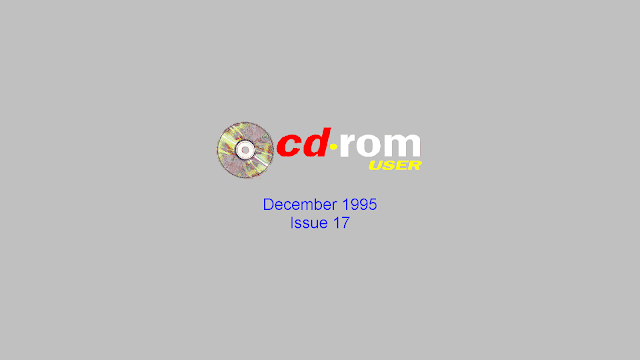 Well this may not look special to you but this disc is what got me into Worms before moving on to Worms Armageddon for the PSX.  There is a few videos and demos that will be mentioned in this blog post that were quite interesting for their time.  So with that being said lets explore this cool demo disc from 1995 for PC.

First off there is Intro Videos for the software developer PWS Interactive which seems to be a now defunct developer.  The other intro video is of the software itself which is just a video of animals at a zoo.  After looking on the disk it looks like its software for choosing a career do to its name Career View. I suppose it would be educational software and cannot be used to do a video format that is not supported on Windows 10.

The demos for software can be seen in the following screenshot.  Most of the games are edutainment and the best are Witchaven and Worms. 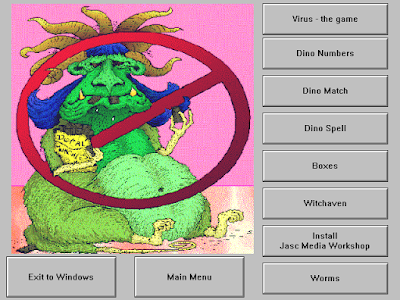 There is music for groups that people may not know from the UK. 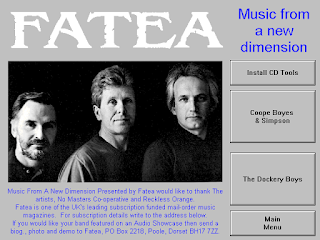 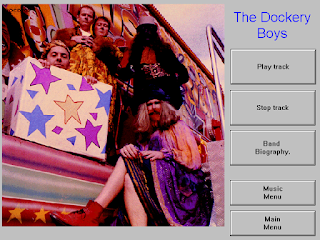 There is also a video for a game called Shadow of the Empire which is not a Star Wars game considering Shadow isn't pluralized.  Also I can't find anything on Google about it but I didn't really try taking advanced steps.  But the video more or less is a music video of a band called Still Patient? which sounds like a Peter Steele's - Type O Negative.

There is a demo for a game called Journeyman Project 2:Buried In Time but it seems to be unplayable do to the movie format.  However the game is available at GOG.
https://www.gog.com/game/journeyman_project_2 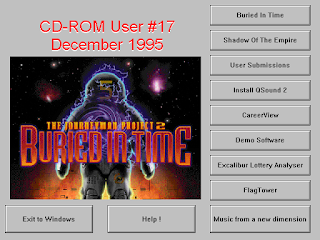 In the screenshot above you can also see the other software which is kind of unique most of which could not be used.  The ones that could be used are QSound2 (audio demo) for DOS.  There is Excalibur Lottery Analyzer which I'm not really sure how that works and it may not be useful.  It also uses a Graphics Server which is supposed to be used for DOS.  So I couldn't get it to work.

Here is a video of QSound of course you may not be able to get the full experience of it cause its re-encoded in MP3.


Flag Tower was a company that made interactive documentary software for Windows.  I'm not quite sure if this is just a preview of what you can get in their software library.  It contains info on World War 1, and 2 as well as information on Space.  Yup we go from a big jump from war to space kind of neat ha ha. 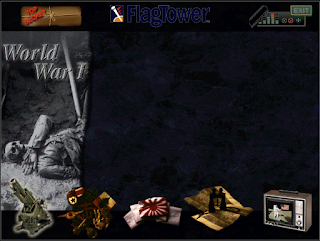 But the most interesting part of this disk was the User Submissions.  It contains gif files from users who created CGI based photos.  Also its funny cause when we think of gif's we think of those cool short videos with no sound.  Well this isn't that they're just plain old photos from 1995.  Sadly this is the only disk I have in this collection.  Being disc 17 it looks like they had a wide variety of discs which I would love to find.  But for now this is all I got and i'm going to leave you with the pictures from the User Submission folder.
Posted by DCeric at 2:28:00 PM