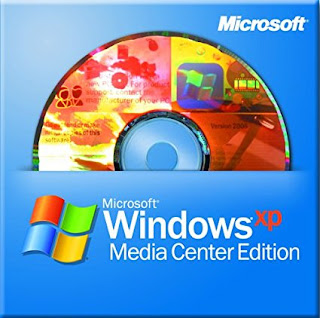 Okay so now for the next step were going to want to "create a new virtual machine" with disk 1 of 3 of the Windows XP Media Center 2005 Edition.  Instead of selecting for easy install which might bug up the install were going to take the more advanced step and select "I will install the operating system later".  Of course doing this will allow us to install the operating system like we would on a normal computer.  I believe the easy install will detect the disk as Windows XP Pro like Virtual Box and use Disk 1 and the Service Pack 2 or 3 disks and not use Disk 2 which will have all the essential software.

So open the operating system up go for the install and set it up like you normally would and don't forget to use your special serial key.  I will not show you where to get a serial key you can do that on your own.

After you have the operating system installed you should now be able to boot it up like you used to having all the essential software including Media Center.  Also you'll need to activate the operating system using this hack available from this link How To Activate Windows XP.  After you have done so now you can use your Windows XP Media Center 2005 Edition with no problems.
Posted by DCeric at 10:12:00 AM