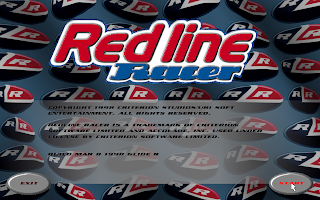 I recently bought Redline Racer for PC and after the install found out it will not run on modern systems.  Well there is a fix for that.  First of course I believe there is more then one version of this game.  From what I hear there is a version that asks you to install a specific Graphics API version to play on PC.  So if you have that version install the 3Dfx version of the game cause no other version will work.  If you have my version of the game it will install all versions of the game and should run the 3Dfx version.  If it doesn't go to the main folder where you have the game installed and run rlr_3dfx.exe.  But first your going to want to install a patch that will make the game run on modern systems.  This will allow the game to run on Windows Vista through to Windows 10.

Grab the file from here Redline_Racer_Win7.exe and you'll be ready to go.  Once downloaded select the folder you have installed the game to and begin installation for the patch.