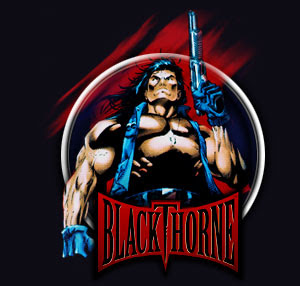 Blizzard Entertainment has now released BlackThorne available for free to users who have a battle.net account.  All you have to do is just sign in and go to clients and once loaded you'll see BlackThorne available as a free download.   This kind of went under the radar I have only known of one site to mention this news and I heard it through a friend of mine.  But if you want to know what this game is about its a bit like Flashback and was released in 1994 for MS-Dos and SNES then it was ported along other consoles following years.

For more information sign into Battle.net
Posted by DCeric at 2:52:00 PM